What to do if one gets a sunburn? First do not make things worse by getting more sun-stay out or cover up. For the first 24-48 hours use Alleve/Motrin or Tylenol around the clock(Alleve is easier since twice a day dosage) and use a mild topical steroid –over the counter cort-aid 10 for example. A single blistering sunburn doubles the risk of skin cancer, and each visit to the tanning bed increases melanoma risk by almost 2 %, so best to avoid altogether. Fevers/chills indicate sun poisoning, and a trip to the doctor’s office may be in order.

After enough sun damage, one sees color changes first, primarily in the form of freckles ( their medical term is solar lentigos). Those “ cute “ brown spots represent sun damage to the skin. The cells in that area can no longer tolerate the sun, so the skin makes these spots to protect itself from the sun. The next changes are an increase in brown patches and spots that enlarge(liver spots) and finally merge into brown areas, as well as an increase in fine blood vessels and thickening of the collagen (chicken skin). We call this actinic bronzing in the early stages, and poikiloderma when blood vessels and mottling worsen. The most common locations are arms, face, upper chest, back and neck( hence the origination of the term “red neck”). One simply has to turn one’s arms over, or look in the armpits or anywhere the “sun don’t shine” to see what undamaged skin looks like- usually no brown or red color. With the onset of these changes, one will begin to see fine, then deeper wrinkling.

Smoking worsens and accelerates the wrinkling process, especially in the central face. So if one needs more motivation to quit, that will help with looking younger.

Skin is essentially leather, so with constant repetitive motion lines and creases form along the “bend areas” . Frown/smile lines, smokers’ lines ( including straw drinkers)and crow’s feet are the most common examples. The more sun/ smoke exposure, the faster and deeper the lines form and become. Sometimes sleeping on one side only will also form wrinkles. Lastly, with age, one’s jaw bone recedes, which increases the laxity of the skin of the cheeks and chin, causing an increase of the marionette lines, which start at the nose and extend to the chin.

So what to do about these changes? Repairing sun damage/ageing depends upon the depth of the damage. Fortunately, early changes can recede by themselves, by avoiding further damage by sun or smoking. Mild discoloration(bronzing) and fine lines can be reduced by creams, primarily retinoids, glycolics and other products, of which tretinoin (retin-a ) is the gold standard. Occasionally a bleaching cream can be added, again for bronzing. Once one starts seeing redness, or blood vessels, light treatments, usually IPL(intense pulsed light) or lasers are needed. Unfortunately there are many choices available and are somewhat confusing. For rejuvenation, tretinoin(Retin-a) is the gold standard. It has been studied extensively and the results are consistent with the right dose. For rejuvenation (not acne) one needs as close to the 0.1% strength to maximize effects. Unfortunately, this can be irritating unless mixed with a substance (usually a mild steroid) to allow one to tolerate it. Unfortunately, this is available only in a physician’s office or by prescription, with usually no insurance coverage. The retinol products are converted to tretinoin in the skin, but there is no way to determine how much and what strength. That is why I prefer tretinoin, so one knows what one is getting. Glycolics and alpha hydroxy acids have been around for a long time and work by enhancing the tretinoin effects at lower levels and increase collagen at higher strengths. There are a myriad of other products- coffee, vitamin c, grape seed, etc none of which are equivalent to tretinoin. I tend to favor a growth serum based cream that stimulates collagen synthesis as a third option or add-on. I would expect these creams to smooth fine lines, and shrink pores-a “freshening” effect. Not tightening, however. Remember it takes time-ip to 18 months to form new collagen. The primary bleaching agent is hydroquinone. For mild color, tretinoin may reduce, followed by any bleaching compound. The otc brands are 2-3% concentration. Most rx brands are 3-4%. These are only effective for very mild color. The most effective rx brand is tri-luma which has 4% hydroquinone, a mild steroid, and .05% tretinoin. For deep color, these re not effective and one needs a 7-8% hydroquinone mixed with 0.1% tretinoin and a mild steroid. There has been negative press with respect to hydroquinone, but most of the side effects have been reported in people who use black market hydroquinone (10-15%) for years. A general rule of thumb is to stop bleaching creams after 6 months of use and take a 6 month holiday before resuming. Of course one must be a “twilight” person and not let sun strike unprotected skin or there will not be any change or the color will return if removed.

A brief word about melisma, which is also a pigmentary change, also related to sun damage, but is generated by estrogen exposure (normal levels, birth control pills, fertility medications, pregnancy and replacement hormones). The most common example is the “mask of pregnancy”. It is a different pigment than that of sun damage, and can appear very quickly after sun exposure (like a chameleon). The above-mentioned creams are the best bet, and one has to be VERY careful with light treatments as they can worsen the color.

Chemical peels and microdermabrasion accomplish the same as these creams, but usually do not induce collagen regeneration, as does the topical therapies. They work by inducing cellular swelling, which smooths the skin. They do not effect color, especially redness. They require repetitive treatments as the skin returns to baseline once the irritant effect of the peel/microderm wears off. Aggressive peels/dermabrasions(usually performed by a provider, not a tech) can induce enough damage to increase collagen/affect color, but may incur some “down time”. Collagen takes 6-18 months to develop, so one needs patience. IPL can also induce collagen formation. The above works best primarily for color changes, and very small creases. Larger creases usually require more aggressive therapy. One is fractionated laser resurfacing, which drills tiny holes in the skin using light in a pattern. As the skin heals, the skin tightens and the wrinkles fade. Also used for scar revisions. This is an improvement from the old laser resurfacing systems, that would destroy layers of skin, resulting in oozing, redness and downtime for up to 12 weeks, and unfortunately pigment change and some scarring. The fractionated systems have almost no down time, maybe some swelling and redness(chapped skin appearance), BUT require multiple treatments to achieve desired effects. The larger the crease, the harder it is to fix. Another option is needling, which drills holes using fine needles instead of light. We use primarily in the perioral and periorbital areas. Once satisfied, the effects last for years, as well as induces new collagen which is an advantage.

Larger creases usually require more aggressive therapy. One is fractionated laser resurfacing, which drills tiny holes in the skin using light in a pattern. As the skin heals, the skin tightens and the wrinkles fade. Also used for scar revisions. This is an improvement from the old laser resurfacing systems, that would destroy layers of skin, resulting in oozing, redness and downtime for up to 12 weeks, and unfortunately pigment change and some scarring. The fractionated systems have almost no down time, maybe some swelling and redness(chapped skin appearance), BUT require multiple treatments to achieve desired effects. The larger the crease, the harder it is to fix. Another option is needling, which drills holes using fine needles instead of light. We use primarily in the perioral and periorbital areas. Once satisfied, the effects last for years, as well as induces new collagen which is an advantage.

Very deep frown lines/forehead lines do well with Botox, as the muscle activity is the cause of these lines. Sometimes theses lines require resurfacing as well. Botox wears off in 2-4 months, unless one is able to “retrain” the muscles to not fold the skin as much. I do not like Botox around crow’s feet as there is a tendency to recruit lower eyelid muscles, which causes lower eyelid crinkling, which can be difficult to control. Perioral lines do not do as well with Botox, and can be helpful, but one needs to beware of side effects as drooling, unable to use a straw, etc. Forehead drooping and frozen face are much less likely now than when Botox was first being used.

The long deep furrows from nose to chin are most difficult to fix as they are in an area bordering 2 cosmetic regions(cheeks/chin). The aging process that causes receding of the jaw and lax skin contributes to these lines. Fillers can reduce the appearance of these lines, but they are temporary and extremely technique dependent. Side effects can be disastrous, and are fortunately rare. Another approach is to tighten the skin, either via light/ultrasound(millimeters) or surgery(facelift, centimeters). The tightening lessens the effect of these lines, and restores the chin line sharpness. One will look “less tired” or to have “lost weight”- subtle effects, that takes 6-18 months to see fully, as opposed to a facelift which is an overnight change. Lastly one will sometimes need resurfacing to smooth out the rest, a complex area to fix.

The old adage an ounce of prevention versus a pound of cure applies to sun damage. While there are many options ranging from a combination of creams, to complex laser therapies to try to lessen the effects of sun/smoke damage, it is far easier to prevent than to try to fix. 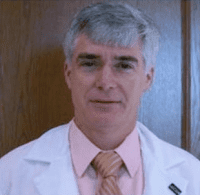 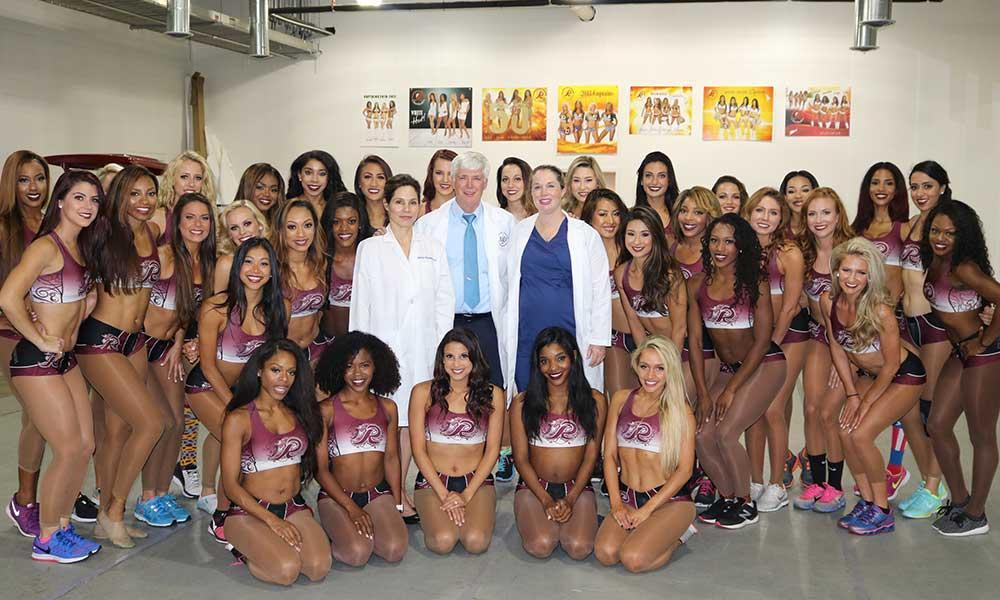 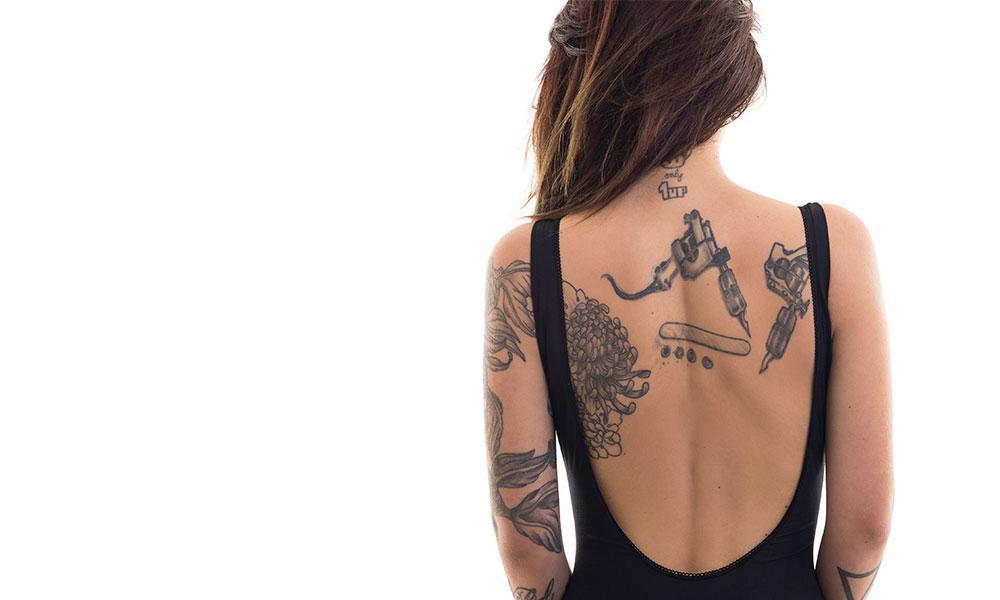 So, you have a tattoo. Now that you have “grown up” you want it gone, or are just tired of it. What to do? Tattoos are injection of ink into the upper level of the skin(dermis). 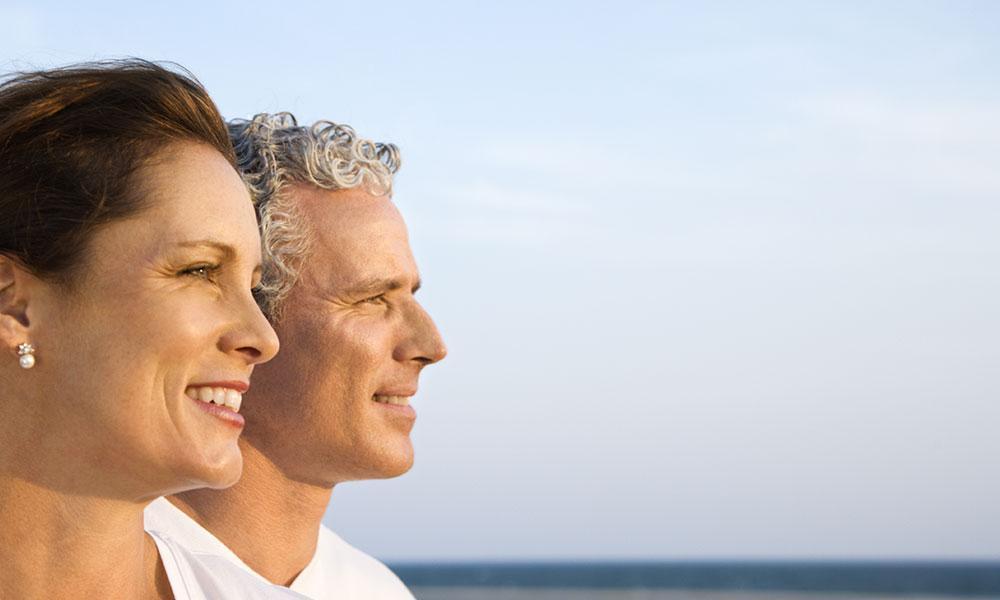 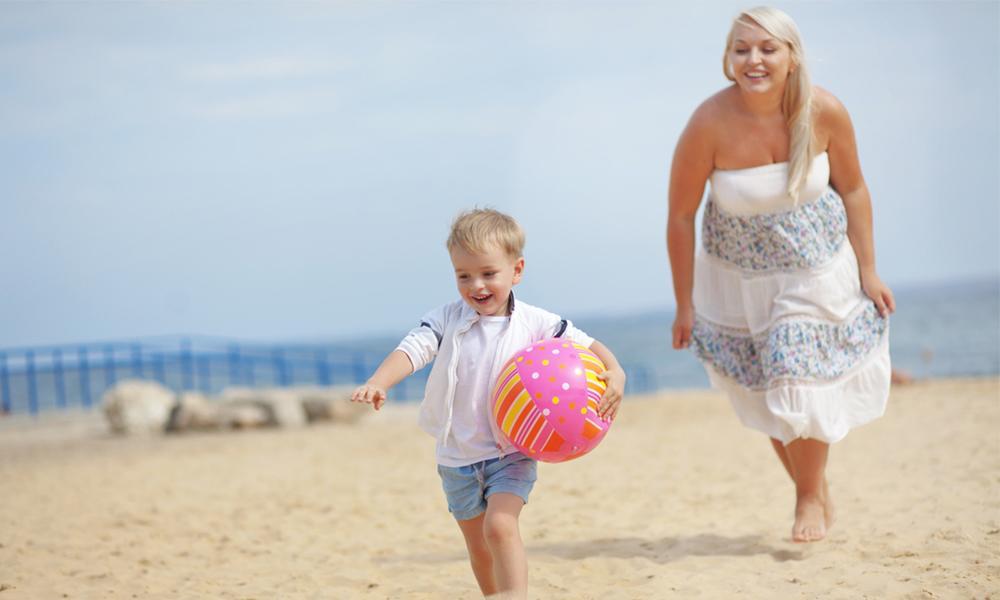 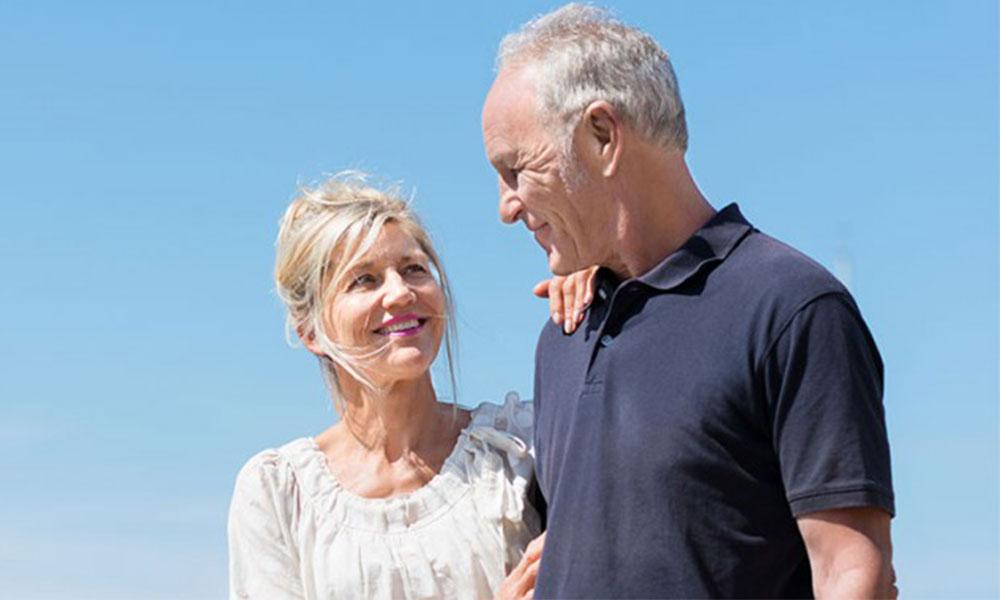